In shocking news, Iran has issued an arrest warrant seeking Interpol help in detaining US President Donald Trump and dozens of others it believes carried out the drone strike that killed a top Iranian general in Baghdad.

Earlier, Iran blamed President Donald Trump for killing its most powerful military commander, Gen Qasem Soleimani. Soleimani and officials from Iran-backed militias were leaving Baghdad airport in two cars when they were hit by a US drone strike. The attack took place in January and following the drone strike, tensions flared up between the two nations.

An Iranian prosecutor said the country had issued an Interpol arrest warrant for Trump for carrying out the drone strike that killed Gen Qasem Soleimani in Baghdad. Tehran prosecutor Ali Alqasimehr alleged that Trump and more than 30 others were behind the attack in which General Qassem Soleimani was killed, the semi-official ISNA news agency reported.

“Thirty-six people who were involved in the assassination of Hajj Qassem were identified, including political and military officials from the United States and other governments, have been ordered by the judiciary to be given a red alert to Interpol,” he was quoted as saying by IRNA.

However, the US’s Iran envoy Brian Hook described the move as a “propaganda stunt”. “Our assessment is that Interpol does not intervene and issue Red Notices that are based on a political nature,” Hook said at a news conference in Saudi Arabia.

“This is a political nature. This has nothing to do with national security, international peace or promoting stability … It is a propaganda stunt that no-one takes seriously,” he said.

The Iranian government is trying to distract attention away from the government’s failings at many issues.

The country’s economy has gone from bad to worse because of severe US sanctions strictly constraining Iran’s ability to do business with other nations and the effects of the coronavirus pandemic, which has drastically slowed the domestic economy.

The warrant comes at a time when Mr Trump is making all necessary efforts to bring the situation under control created by coronavirus pandemic. 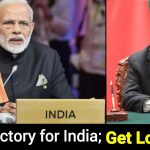 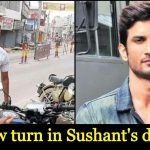