Not just that, she had finished first in the 100 m race at the 2017 Masters in Auckland at an impressive track record of one minute and fourteen seconds. She has also become the oldest women athlete in India to clinch this title. Before to her international debut, she won her first medal at the Chandigarh Masters Athletic Meet in 2007. She has proved that age is just a number! 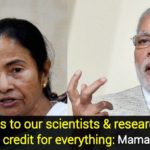