In a heart-touching video, Bollywood actress Mouni Roy is seen dancing to Aishwarya Rai Bachchan’s super hit song ‘Nimbuda Nimbuda’, the video went viral like wildfire. Mouni Roy, who is known for her fitness, often grabs the attention of her fans to her photos and videos she shares on social media.

In her photos and videos, Roy is sometimes seen doing yoga and sometimes she is on the beach. On 21st June, while the whole world was celebrating International Yoga Day, Mouni Roy posted a dance video in which she is seen dancing to a famous song from the Hum Dil De Chuke Sanam movie.

Fans have gone crazy after seeing her performance. They are loving this dance video of Mouni Roy and commenting on her post. Mouni Roy’s style is also very amazing in this video.

Mouni Roy sharing this video on her Instagram account, wrote, ‘Yoga … a way of connecting oneself (soul) with the God (supersoul) My Yog’. More than 14 lakh people have watched this video and many celebrities have also commented on this video. 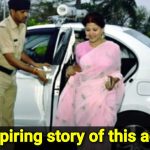 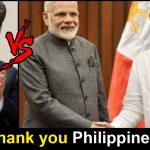