Ever since the lockdown was announced, the migrants have been the hardest hit. They have had to struggle to get back to their homes. Therefore, the Railways decided to carry migrant labourers to their native places. Thousands of migrant labourers are returning to their villages by special trains.

In a heartwarming act that will bring tears to your eyes, an RPF jawan named Inder Singh Yadav has emerged as a real hero for an infant who was struggling with hunger. Inder Yadav instantly arranged milk for the child travelling in a Shramik Special train. This indeed goes to show that love, compassion, humanity is beyond anything else in this world and it was proved by RPF jawan.

The Railway Minister has written in a tweet that he is honoring constable Inder Singh Yadav. He announced a cash award to honour Inder Singh. RPF jawan demonstrated an exemplary sense of duty when he ran behind a train to deliver milk for a child, Goyal said in a tweet.

According to railway officials, Belgaum-Gorakhpur Shramik special train arrived at Bhopal station at 8.45 pm on May 31. Yadav saw a lady passenger requesting him to arrange milk for her 4-month old child. She said that her child was crying because he was hungry, but she was helpless to get milk.

After seeing her plight, the jawan rushed outside the station and bought one milk packet. However, when he entered the platform, the train had started running and was picking up speed.

Without wasting any time, the RPF jawan ran behind the train with his rifle in one hand and the packet of milk in another and managed to hand over the milk packet to the mother.

His video was also shared on Twitter by Railways Minister Piyush Goyal, in which he is seen running along the train on the platform. In the video, the passenger, identified as Safia Hashmi, profusely thanked the RPF staff for the timely help. Hashmi said that RPF jawans are real heroes who are putting their life at risk and helping migrant workers.

As per the new guidelines, Shramik Special Trains have been pressed into service. Migrant workers and stranded people are now boarding Shramik special trains to return to their home states. 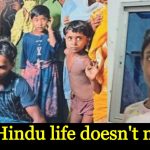 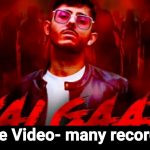