People said that Kylie may have been the youngest billionaire but she hit the peak because of the influence that her famous family has.

One user wrote, “It’s easy to be cynical, but there’s nothing more inspiring than someone being born with only hundreds of millions of dollars and working their way up to billions of dollars.”

Another wrote, “Kylie Jenner proves that EVERYBODY can become a “Self-made” billionaire! ALL you need is your family’s millions, your dad’s fame, and your mum’s connections.”

Kylie Jenner entered the billionaire’s club by carving out a reputation for herself in her entrepreneurial career of Kylie Cosmetics, which she calls it a big milestone in her life.

Kylie Cosmetics was set up in the year 2015 and it was a minuscule project with as many as 7 fulltime and 5 part-time employees in the management. The manufacturing segment is operated by Seed Beauty. The sales department is handled by Shopify, an online merchant. The company is run on the basis of online marketing. Her mother, Kris, handles PR and finances.

However, in latest development, Forbes claimed that Kylie Jenner is no longer a part of their youngest billionaire list and then accused her of expanding the size and success of her business.

Earlier, Forbes declared Jenner as the youngest self-made billionaire but now it has reverified her brand’s revenues and then deleted her from the list. Forbes has also released a video explaining each and everything in detail.

After coming to know this, Kylie Jenner qickly reacted using a string of tweets. “What am I even waking up to. I thought this was a reputable site.. all I see are a number of inaccurate statements and unproven assumptions lol. I’ve never asked for any title or tried to lie my way there EVER. period.” she tweeted.

Then again she tweeted: “Even creating tax returns that were likely forged” that’s your proof? So you just THOUGHT they were forged? like actually what am I reading.”

In addition, she wrote, “But okay I am blessed beyond my years, I have a beautiful daughter, and successful business and I’m doing perfectly fine,” adding, “I can name a list of 100 things more important right now than fixating on how much money I have.” 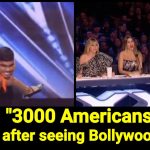 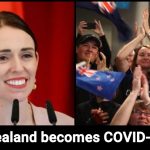