New Zealand Prime Minister Jacinda Kate Laurell Ardern who is serving as the 40th Prime Minister of New Zealand since 26 October 2017 has officially declared the nation had successfully eliminated deadly coronavirus outbreak among its residents.

Jacinda Ardern said on Monday that all coronavirus measures in the nation will be lifted from Tuesday onwards, except border closure restrictions, as the virus had been eliminated.

It should be noted that the country would move to national alert level 1 from midnight on Monday, Ardern added in a news conference.

Public and private events, the retail and hospitality industries including public transport could resume without social distancing norms which are still in place across the world, she added.

“While the job is not done, there is no denying this is a milestone … Thank you, New Zealand,” Ardern told reporters at conference.

“We are confident we have eliminated transmission of the virus in New Zealand for now, but elimination is not a point in time, it is a sustained effort.”

The South Pacific nation of about 5 million people is emerging from the coronavirus pandemic while big economies like Brazil, Britain, India and the United States engage with the fast spreading virus.

“Today, 75 days later, we are ready,” Ms. Ardern told a news conference while also announcing the government would drop social distancing norms from midnight on Monday and move to a level 1 national alert from Level 2.

Border controls would remain and everyone entering the nation would be tested, she added.

In fact, there were no active cases in New Zealand for the first time since the deadly virus arrived in late February, the Health Ministry added. New Zealand reported 1,154 infections and 22 deaths from the disease. 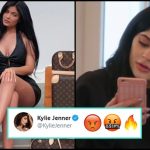 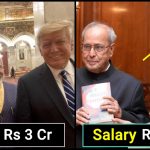