In a shocking development, a woman teacher in UP has been accused of working simultaneously in 25 schools for months. The teacher has managed to earn around Rs 1 crore as salaries by teaching in 25 different schools.

The matter came to light after the department started creating a database of teachers. Following which, an investigation has been launched into the matter. It has been learnt that she was a full-time science teacher at Kasturba Gandhi Balika Vidyalaya (KGBV), Rae Bareli, and was caught working simultaneously in multiple schools in Ambedkar Nagar, Baghpat, Aligarh, Saharanpur and Prayagraj districts.

As per the basic education department, Digital database of the teachers are required to be created. Therefore, the department is now creating a database of teachers and during this process, it came to be known that the same teacher was employed at 25 different schools across districts in Uttar Pradesh.

The teacher has been identified as Anamika Shukla, who is a full-time teacher working in KGBV. She was registered as a teacher in districts such as Amethi, Ambedkarnagar, Raebareli, Prayagraj, Aligarh and others.

Director General of School Education, Vijay Kiran Anand, stated that the fact is yet to be ascertained and a probe is underway.

“It is surprising that the teacher was able to do this despite real-time monitoring of teachers’ attendance in UP primary schools. “How can a teacher mark her presence at several places even when they are supposed to mark their attendance online on the Prerna portal? It needs a thorough probe,” said the official who received a complaint about the teacher in March.

Anamika Shukla hails from Mainpuri district as per the records available with the department. The department has also sent a notice to the accused teacher but there has not been any response from her.

Speaking to India Today TV, UP basic education minister Dr Satish Dwivedi said, “The department has ordered a probe and strict action will be taken against the teacher if the allegations are true. The digital database is being created for transparency since our government has come to power. Action will be taken if there is any involvement of department officials. Hirings are also made in KGBV schools on contractual basis. The department is ascertaining the facts about this teacher.”

He added, “Strict action will be taken against department officials if there is any involvement on their part. Verification of teachers and their documents will also be done by the government after this matter came to light.” 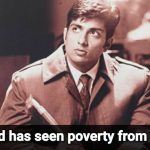 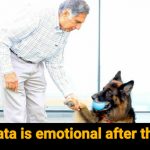