Hacking is a not a nerve of many and someone who really has a knack for it nails it down. The process of entering into any computer system without the knowledge of its owner is what hacking is. This thing can be either good or bad depending on the way it is done for. We are going to tell you about 10 most dangerous hackers of India who can easily enter your system either for good or bad, and you will not even know it.

Ankit Fadia is an Indian self-proclaimed hacker of computer systems, whose skills and ethics have been debated for long. His work mostly involves OS and networking based hacking. In 2008 he started a television show on MTV India called “What The Hack”. In 2013, he started a YouTube show ‘Geek On the Loose’, in collaboration with PING networks.

Vivek Ramachandran is a security researcher and cyber security specialist. His field of expertise includes computer and network security, wireless security, exploit researcher, computer forensics, compliance, and e-Governance, compliance. Vivek is a B.tech graduate from IIT Guwahati and an advisor to the computer science department’s security lab. He is also one of the known hacking and cybersecurity community, as the founder of Security.net, a free video based on the computer security educational portal.

Sunny Vaghela is the founder of Tech defense labs and was graduated from Nirma University. Sunny is a hacking expert and can hack systems anytime with flawless efficiency. He exposed the loopholes in SMS and Calls in mobile network at the age of 18. Not only that, this intelligent mind even found bugs in Orkut at 19 years of age. He also launched websites where the complaint against cybercrime was registered and solved and is one of the 10 most dangerous hackers of India.

Few of his clients are Central Bureau of Investigation, Reliance Industries, Gujrat Police and Punjab Police. Arora helps the Punjab and Gujarat Police in cyber crimes, for which he has also conducted training sessions with Police Officials. Being a hacker himself, he teaches people the dos and dons of hacking so that they could protect themselves from cyber attacks.

Sai Satish is a hacker and a young Entrepreneur, Founder, and CEO of Indian Servers. He is also the Administrator of Andhrahackers which is the elite hacking awareness forum in INDIA.

Rajesh Babu is another intelligent, reliable hacker and one of the best persons to check the security of the websites in India.

He is one of the top ethical hacker who has worked in government offices and agencies. He is the one who started coaching at Kerala to train ethical hackers and preparing a well-trained and knowledgeable team for cyber security. He is the owner of own company called Mirox Technopark in Kerala. He has also been a part of one of the most dangerous hacker group called ‘Black Hackers’.

Falgun Rathod – He is actively engaged in the protection of the security systems of government organizations and has developed the theme in Social Engineering which is diverse from hacking.

Falgun is known for giving expert advice to the corporate bodies and different IT companies and is considered a great hacker.

Pranav Mistry is the senior vice president of Research at Samsung and is well-known for his hacking skills that can knack anyone down. Pranav is well known for developing different types of hacking protection softwares. His core area include ethical hacking and he is also considered as one of the most dangerous hackers in India because of his ability to crack high security systems effectively.

Sangeet Chopra is an expert at Ethical Hacking and Network Defense development tools. Sangeet is currently working as Head of the Technical Department in Cybercure Technologies Private Limited.

He also gives coaching classes in Net Training, Cyber Security and other technology. He conducts time to time workshops in ethical hacking and security development for sites. He does it to make people aware about the ways in which they can ensure their safety against the attackers.

Rishiraj Sharma is the freshest hacker in India. Rishiraj is an expert at the age of 16 and is also a Cyber Crime Consultant.

He is not an ordinary ethical hacker as he has discovered loop holes on the biggest and reputed sites like Facebook, Nokia, Microsoft, Yahoo, Zendesk, Blackberry .He is great at security management tools and architecture design of websites. Even at this small age, he is popular as the one of the most dangerous hackers in India. 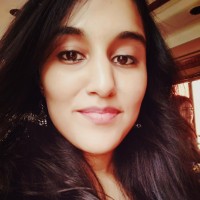