TikTok is an app that allows you to share short clips and the idea is to use dance or lip sync to ‘background music or movie dialogues’ to create the most viral clip. Recently, TikTok star Heena has caught everyone’s attention just because she looks remarkably similar to Karisma Kapoor.

Heena, who has 2.4 million followers on her TikTok account, has an uncanny resemblance to Karisma. In her TikTok videos, she perfectly lip-syncs videos that are of Karisma’s songs and dialogues. Her videos have gone viral and received millions of views.

She also dresses up like Karisma while mouthing her dialogues in the videos. The video clip of her acting was shared on TikTok and millions of fans watched the video as it garnered around millions of views and lakhs of shares. She has constantly been sharing video and photos on social media in which she looks exactly like Karisma.

After seeing her performance, several TikTok users have gone crazy and they expressed their feelings in the comments section of Heena’s Instagram posts. “Oh…kudrat ka karishma (it’s a miracle of nature),” one user wrote. Another wrote, “@therealkarismakapoor she is exactly like you.. carbon copy.” Another commented, “I’m dead …. @therealkarismakapoor your real sister.”

Currently, Karisma is in self-quarantine in Mumbai. In an earlier interview with Hindustan Times, she said that she misses her parents Randhir Kapoor and Babita Kapoor, and sister Kareena Kapoor Khan.

“We are a very close family, since we all live close by, we used to meet everyday. It has been tough not seeing them. But we are all trying to hang in there at this point of time,” she said. 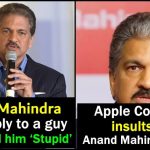 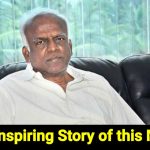