Recently, Anand Mahindra was in limelight because a Twitter user termed him stupid but the business magnate gave a savage reply to the user.

It all started when Anand Mahindra posted an article about the Indian economy and then tweeted:

A Twitter user had replied to Mahindra’s post where he started his message saying: “Yes you are stupid. India could not yet arrange for electricity, water, roads and law and order and now Modi & company has made sure that we stay in a turmoil for another 42 months and to add to it Rahul Gandhi, the dumb is leading the opposition.”

The user further vented out his angst and frustration against many issues ranging from electricity, roads, water, law and order including the Modi government at the centre including the Rahul Gandhi-led opposition.

Anand Mahindra then decided to teach the lesson to the person and gave him the mouth-shutting reply. Anand Mahindra posted the savage reply that took the Twitter platform by storm.

He tweeted: “Your pessimism is quite comprehensive. Is there anything you are optimistic about? Or have you exiled yourself to remote caves in the mountains? Let me know if I can get Swiggy to send you a food package!”

Since being posted online, the tweet got over 17,000 likes and 3,400 retweets and still counting. His tweet received thousands of comments too.

Apple is the biggest ever tech industry in terms of market value and is the most loved brands across the world. Founded by Steve Jobs, the giant tech firm has a wide range of successful entrepreneurs who come from humble backgrounds.

Meanwhile, Anand Mahindra, who is the chairman of Mahindra Group gave an epic reply to the co-founder of Apple. 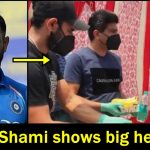 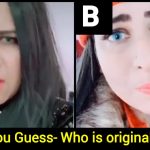