Politics is a dirty game and politicians go to any extent to remain in power. Many true leaders who wanted to serve the nation became victim to the political scenario. The death mystery of Lal Bahadur Shastri was one such incident.

The 2nd prime minister of Independent India – Lal Bahadur Shastri was an Indian politician and a true leader who had earned huge respect for his work for India’s development.

However, this hero died a strange death which still remains a mystery. Here is the story of India’s true leader Lal Bahadur Shastri.

Lal Bahadur Shastri promoted the White Revolution – a national campaign to increase the production and supply of milk by supporting the Amul milk co-operative movement of Anand, Gujarat. For this, he created the National Dairy Development Board, so that every house in India can have access to clean and pure milk, and the farmers can get livelihood.

He was a man with a clear vision and worked hard to bring India on the foot front of the world.

Shastri Ji was the son of Sharada Prasad Srivastava and Ramdulari Devi and was born on 2 October 1904 in Mughalsarai. He studied in East Central Railway Inter college and Harish Chandra High School and worked for the betterment of the Harijans at Muzaffarpur.

He dropped his caste-derived surname of “Srivastava”.

Shastri’s thoughts were influenced by reading about Swami Vivekananda, Gandhi and Annie Besant. He joined the Indian independence movement in the 1920s and served as the president of Servants of the People Society (Lok Sevak Mandal), founded by Lala Lajpat Rai.

After Jawaharlal Nehru’s death, Shastri Ji was nominated for the Prime Minister’s position by the Congress Leaders against the conservative leader Mojarji Desai.

After becoming the Prime Minister, Lal Bahadur Shastri after some time, travelled to Tashkent to sign an agreement. This agreement was to be signed in Tashkent (now Uzbekistan) from 4–10 January 1966. This was to create a more permanent settlement between India and Pakistan to end the war on 10th January, 1966.

But one day later, he was found dead.

It was informed to India that he died of a heart attack but the circumstances seemed extremely suspicious. Only one inquiry commission was allowed to investigate from India which was a strange thing when the PM of the country had died.

The Raj Narain Inquiry apparently could not come up with any conclusions. It does raise questions as to why the report is missing, suppressed or destroyed as a heart attack seemed highly unlikely.

Also, there were claims that there was no post-mortem conducted. His wife Lalitha said the body was blue and there were cut marks.

A body turns blue if it is embalmed, then how did Shastri Ji die of heart attack?
His personal doctor who was with him in Taskent, Mr. RN Chugh, had said –  Shastri Ji was in perfect health and never had any heart issues in the past.

There were two witnesses the night Shastri Ji died. They were scheduled to be in front of the parliamentary body in 1977.

One was Dr RN Chugh, who was on his way to testify in front of the committee but was hit by a truck and died on the spot. The other was his servant Ram Nath who visited Shastri’s home first. But strangely, he too was hit by a car. His legs were crushed and he had to be amputated. He lost his memory.

The Home Ministry referred the matter to the Delhi Police and the National Archives for retrieving any documents or information based on the incident.

Shastri Ji’s son gave a statement after all this drama – It was “absurd and silly” how the death of a sitting Prime Minister was inspected by district level police instead of higher authorities.”

No such record related to the death mystery of Lal Bahadur Shastri is available in this district. Many twists in the mystery behind his death have taken place since the night of 11th Jan,1966 in Tashkent.

The records were erased and nothing is found in the Parliament’s library of this inquiry. Everything seems so dizzy – that it appears a murder sometimes? But why? This question has still no clear answers.

Shastri Ji led the nation to victory in the 1965 war and his slogan Jai Jawan Jai Kisan was a war cry. Till now, the truth behind Shastri Ji’s death is not discovered and remains a mystery.

Whether it was a well-planned murder or an accidental death is still unknown to us. 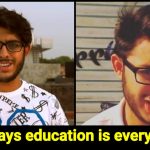