During shutdown, several heartbreaking videos of migrant workers walking to their villages on foot have emerged. Migrants were left without anywhere to go after the lockdown was implemented due to the coronavirus epidemic. BJP general secretary and in charge of the party in West Bengal, Kailash Vijayvargiya is arranging buses and food for thousands of stranded migrants.

Kailash Vijayvargiya is an Indian politician from Indore, who is currently serving as National General Secretary of the Bharatiya Janata Party. It’s very nice to see how Vijayvargiya is helping the needy reach their homes safely. Several social media users thanked him for sending migrants stranded in Madhya Pradesh.

One must imagine how difficult it is from being thousands of km away from home during this coronavirus crisis. With a lack of income, several migrant workers are facing tough times while staying in different cities.

On the other hand, the Bollywood actor Sonu Sood, who is known for his roles in films like ‘Singh is Kinng,’ ‘Simmba’ and ‘Dabangg’ is widely being praised for sending migrant workers back to their homes safely.

In the need of the hour, the Veteran BJP leader is doing his bit by sending migrant workers to their hometown. Thanks to the real-life hero who stepped in at the right place and at the right time on the ground and helped migrant workers who were stuck in Madhya Pradesh and also made travel arrangements for them in this shutdown.

He arranged buses for the hundreds of migrants who were stuck in the city owing to the epidemic. Vijayvargiya had not only sponsored the travel but also offered meal kits for the workers. 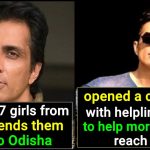 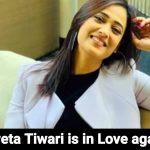