However, Kösen retained his position in the Guinness Book of World Records in 2009 when he measured 8 foot 1 inch tall. The reason behind his increase in height is because of the condition called ‘Pituitary Gigantism’ causes him to keep growing.

On the contrary, the world’s shortest person is a woman by the name of Jyoti Amge who is from India. Hailing from Nagpur from Maharashtra, she is 18 years old and just 2 feet tall.

Amge, world’s shortest person suffers from a disease called ‘achondroplasia’ which resulted in her short height. Nonetheless, the disease did not keep her at bay from having a successful career in Lo Show Dei Record TV series as well as acting in the 4th season of American Horror Story in 2014.

Both of them met for a photoshoot in Egypt. Post the photoshoot session, they were invited at a conference held in the Fairmont Nile City hotel.

It has been said that Kösen’s height is now ceasing to develop since he underwent surgery. He had gone through Gamma Knife treatment for his pituitary tumour at the University of Virginia Medical School. He was also given the necessary medication to control the growth hormone levels.

When Kösen was conferred with the title of the world’s tallest man, he said: “I never imagined I would be in the book, I dreamed about it, but it was still a huge surprise,” according to media outlets. 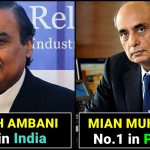 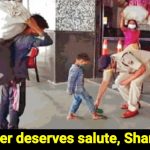