In recent news, the Hindi daily newspaper Dainik Bhaskar has been accused of publishing fake news. It showed a young girl in its newspaper collecting Wheat grains from the road under a scorching sun.

It has been learnt that the mother of 10-year-old poor Aarti asked her to pick up the grains from the road so that her family could survive for the next one or two days. Dainik Bhaskar now seems to be in trouble because of the picture.

The news was exposed by an NGO named YUVA Ujjain, based in Madhya Pradesh’s Ujjain city. NGO resorted to social media to attack the Hindi daily for misleading people. It alleged that Dainik Bhaskar forced a 10-year-old girl to pick up grains from the road for a photo-op. YUVA NGO slammed them for spreading incorrect information.

The NGO criticized the publication for deceiving the public by publishing fake news. It brought the matter to light after knowing real facts from the family. YUVA Ujjain met the family and recorded Aarti and her mother’s statements. Later, the NGO came up with factual facts and claimed that the photographer had deliberately scattered the grains and asked the girl to pose for his camera.

However, Aarti’s mother asked her not to go out on the road to collect scattered grains. In the video evidence recorded by the NGO the mother says that in order to make a sensational story which would garner viewership for his publication, the photographer purposely scattered the grains on the road and asked Aarti to pick it up.

When OpIndia asked the editor of Dainik Bhaskar, Ujjain edition, Kapil Bhatnagar about this, he refuted all the allegation levelled at his newspaper. Bhatnagar said: “It is possible that Aarti’s mother had been asked to say what she had. I cannot comment until we investigate that matter. We have with us pictures taken from various angles and the CCTV footage. Only after a thorough investigation can we come to any conclusion”. In addition to this, Bhatnagar said that he was an Indian, not a foreign journalist, who would depict India as a poor country. We are responsible citizens of the country and would not do anything irrational, said the editor.

However, people have started criticizing the editor of Dainik Bhaskar for such a shameless act. Moreover, the NGO has come forward to assist Aarti’s family in this hard time. It has been learnt that the NGO would be taking care of Aarti’s family from now onwards. 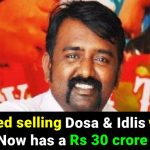 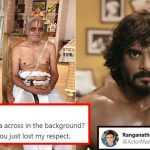