Why is it that some Indian athletes of various sports don’t get the good income they deserve? Is it the fact that they don’t play cricket to represent the nation? Every sport deserves equal praises right? The equation is all the same as all of them play for India.

The 30-year-old Arjuna Awardee boxer, identified as Dinesh Kumar who clinched silver at 2010 Asiad, now sells Kulfi with his father for a living. What put him in this situation? What forced him to go down to the lowest level?

Dinesh Kumar met with a road accident and sustained severe injuries. He comes from an economically backward section of the society and his Dinesh’s father had no option left but to borrow money from someone else so that he could pay the medical bills.

Life hasn’t treated Dinesh well ever since. In a bid to repay the loans (his father borrowed money for his treatment) and also to play international tournaments, Dinesh said he was forced to sell kulfi. He is doing everything by

Dinesh Kumar is a man of talent in boxing. His achievements serve as a testament to the fact. He has represented the nation at both the international and national level. So far, in his boxing career, he has won 17 gold, 1 silver and 5 bronze medals to his lofty standards of punching and counterpunching techniques.

He stressed the fact that the present and the previous government didn’t offer any assistance to him. He is now requesting the government to help in repaying the loans. Dinesh said he needs a secure government job and with government’s support, he said he can prepare youngsters for the international events.

“I have played at international and national level. In my boxing career, I have won seventeen gold, one silver, and five bronze medals. My father took a loan so that I could play at international tournaments. To repay the loan, I have to sell ice-creams with my father.

Neither previous nor the present government has provided any help to me. I request the government to help me in repaying the loan. I am a good player. I need a stable government job. With the government’s help, I can prepare youngsters for the international events,” he was quoted as saying by ANI.

Kumar’s Coach Vishnu Bhagwan also spoke in support of the former boxer and had also urged the government to pay heed to his demands. “Dinesh was very quick as a boxer. He has won a lot of medals in the junior category but lost due to injury and is now selling kulfi (ice-cream). If Kumar is helped, he will be free from the burden of debt. If the government helps Dinesh, he will survive in future,” the coach said. 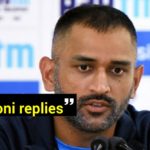