In the middle of increasing concerns over the rapid rate of deforestation in India, the Modi government has given a massive push for the environment and green cover with the staggering release of Rs 47,436 crore to 27 States for afforestation.

“The fund being transferred would be in addition to State Budget. The State budget for forests shall remain unaffected. Also, it is expected that all State Governments will utilize this fund for the enhancement of forestry activities to achieve the objectives of the Nationally-Determined Contributions (NDCs).

The objective of the NDCs is to increase its forest and tree cover. This will help in an additional carbon sink equivalent to 2.5 to 3 billion tonnes of carbon dioxide by the year 2030,” Javadekar said.

The Compensatory Afforestation Fund (CAF) was established for the proper utilization of funds collected as ‘environmental compensation from industry’, which has razed forest land for its business strategies.

Though the funds existed for more than 10 years, it was never distributed to the states.

Nonetheless, Javadekar made it very clear that the state can make use of the money for compensatory afforestation, catchment area treatment, wildlife management, assisted natural regeneration and forest fire prevention and control operations but strictly not for any other activities including payment of salary, travel allowances, and medical expenses, among others.

Among the 27 states in the country, Odisha has by far got the highest amount – Rs 5,933.98 crore, followed by Chhattisgarh, Madhya Pradesh, Jharkhand and Maharashtra. Kerala got the least amount of only Rs 81.59 crore.

The release of massive funds to help in afforestation activity comes at the need of the hour when there is an increasing concern about the depletion of the forest cover in India.

Previously this month, the government told the Parliament that only 24.49 percent is under forest and tree cover.

At 6.79 percent of its geographical area, the lowest forest and tree cover in India is in Haryana. Punjab comes next with 6.87 percent and Rajasthan with 7.26 percent. Of its total geographical area while Madhya Pradesh’s 27.73 percent area is under forest cover.

It has been learnt that Lakshadweep, Manipur, Arunachal Pradesh, Mizoram and Meghalaya had the highest forest and tree cover.

It is good to note that Goa and Kerala are two other states with more than 50% of their geographical area under forest cover.

The India State of Forest Report mentioned that India saw 1 per cent increase in its overall forest cover between 2015 and 2017 by adding 6,778 square km of forest cover. 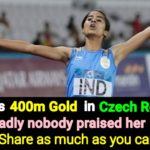 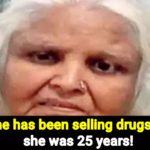