Amid the nationwide lockdown due to Coronavirus pandemic, Three unknown militants have been killed in a gunfight with security forces on Monday in Lowermunda area of Kulgam.

According to police, security personnel received information about the presence of terrorists and soon the troops launched a cordon and search operation at Lowermunda area of Kulgam in Jammu and Kashmir.

The terrorist opened fire at cops when they were surrounded by the forces during the cordon and search operations (CASO) in the area. Later, an encounter broke out between terrorists and security forces in which three terrorists were gunned down. Later, arms, weapons, and ammunition were recovered from terrorists.

“Encounter has started at Lowermunda area of Kulgam. Police and security forces are on the job. Further details shall follow,” the police tweeted earlier.

The identity and group affiliation of the terrorists are yet to be ascertained. Terror activities have caused tensions in Jammu and Kashmir, but security personnel are doing a great job in order to maintain law and order and ensuring safety in Jammu & Kashmir. 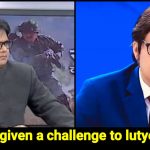 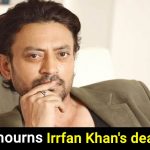