Bollywood actress Alia Bhatt is often trolled on social media for her poor IQ, looks. People make some memes out of her and become busy churning out jokes of Alia Bhatt time and time again. But her recent heart-touching gesture will make you realise how good she is at heart.

If her driver Sunil and helper Amol is happy, it’s all because of Alia Bhatt. These are two important persons who Alia confesses she cannot live without. These two have been with the actress ever since she started her career in movies with ‘Student Of The Year’ in 2012. After her family, they are most important to her.

As a token of respect and gratitude towards them, Alia decided to gift them something really special on her 26th birthday. According to the latest report in SpotBoye – Alia gifted two cheques worth Rs 50,00,000 each to Sunil and Amol a few days before her birthday.

She gifted them that amount so that they can afford their own houses in Mumbai. The report further adds that both Sunil and Amol have already booked their 1 BHKs in Juhu Gully and Khar Danda.

Alia also wanted to thank them for being there with her since the beginning of her acting journey.
As far as her work front is concerned, Alia is busy with the promotions of Abhishek Varman’s period drama Kalank and then will soon take a break and jet off to the US with boyfriend Ranbir Kapoor for a quick holiday. 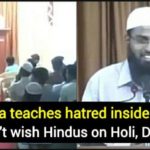