In a heart-breaking incident, a 23-year-old married woman was allegedly molested by a ration dealer who had promised her to deliver free ration according to government orders.

As per the reports, the woman approached the local shopkeeper for her quota of government ration when her savings dried up but he straightaway refused to give her free ration.

It is to be noted that the woman’s husband is stuck in Punjab and so she alone went to get free ration from the ration dealer.

After waiting for several hours at the place, she was asked to go away. Then on the following day, the accused came to her house on the pretext of giving her free ration and raped her. The woman explained the ordeal to the police.

“On Tuesday evening, the accused, Vinod, came to my house and instead of giving me the ration, he raped me,” the woman told the police as per news agency IANS.

Superintendent of police (SP) of Shamli identified as Vineet Jaiswal, said, “On the basis of complaint filed by the victim, police have booked Vinod under section 376 of IPC for the rape. He has been arrested and sent to jail.”

The victim’s landlord said: “For the last three weeks, we were giving her the food as her husband was away and she had no money left. But, a few days ago, we expressed helplessness due to our own condition.

The woman’s husband who is a manual labourer went to Punjab in order to collect his wages of the work he did a few months ago but got stranded there after the announcement of nationwide lockdown. 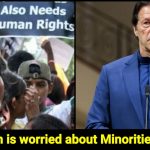 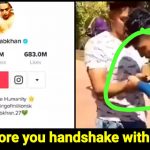