In a shocking development, a video went viral on TikTok like a wildfire in which a TikTok star “Shadib Khab” is seen shaking hands with a girl amid the coronavirus pandemic. In the video, which was uploaded in February when the entire world was facing Corona outbreak, the boy along with his friend was passing by and accidentally he collided with the girl. The girl thought he intentionally touched her and as a result, she slapped him.

Later, the TikTok boy’s friend spat on his hand and asked him to shake a hand with the same girl in order to take revenge. This shocking act done by this TikTok hero is beyond imagination. It can be seen in the video how this young boy is provoking his fans to apparently infect others with coronavirus. Just imagine what kind of mindset he is having.

The TikTok star has been identified as Shadab Khan who has 11.8 million followers on TikTok and over 5 million followers on Instagram. At a time when top leaders from all over the world consider ‘Namaste’ a good vaccination to prevent the spread of the virus, this guy is spreading anti-human messages in the country. His behaviour with the girl seems to be a curse to society in this hard time. He is evoking his fans to do the same act he did in the video clip.

Shadab is doing the same act which Tablighi Jamaat attendees are doing in the hospital. They are spitting and throwing feces and urine on doctors in the hospitals.

While scientists and doctors are working day in day out to discover an effective cure for COVID-19, TikTok star gives a wrong message to his fans through a short clip.

It can be gauged from the fact that these two boys seen in the video are bent upon spreading the virus in the country. It is surprising that he has more than 11 million followers on TikTok. TikTok must suspend his account and should never allow him to upload any such video.

This TikTok guy is not the first person who has indulged in disgusting way of spreading their spit in the time of crisis, earlier, a video went viral on TikTok where a young Muslim boy was seen greeting his friends with a handshake, saying that Coronavirus is the ‘NRC’ of Allah. India is making all necessary efforts to prevent the fast-spreading disease.

In India alone, the confirmed positive cases of coronavirus have surpassed 13,800 so far, while at least 452 people have died in the country from the infection. Thankfully, 1,777 patients have recovered from the deadly disease so far. 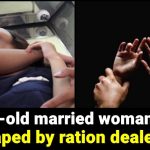 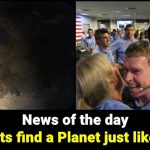