In a shocking incident in Assam, a State Bank of India (SBI) branch ATM in Assam’s Tinsukia district faced the wrath of rats that left currency notes worth Rs 12 lakh totally destroyed. Photos of the shredded notes inside the ATM machine have left the micro-blogging platform, Twitter stunned.

After a technical failure, the SBI ATM in Laipuli area which contained cash had been out of order since May 20 as reported by Indian Express. A day before, a private security firm deposited Rs 500 and Rs 2,000 notes amounting Rs 29.48 lakh, as reported by The Hindu.

On June 11, when technicians came to fix the ATM, they were shocked to learnt that the currency notes of Rs 2,000 and Rs 500 were torn to pieces. The overall cash damaged by the rats amounted to Rs 12,38,000 as per the report. The undamaged currency notes amounting to Rs 17.10 lakh were recovered from the ATM.

Local journalist identified as Nandan Pratim Sharma Bordoloi tweeted a video believed to be from the same ATM. The video clip also shows a dead rat laying in a pile of shredded notes.

The viral news had forced HDFC Bank to tweet a clarification adding that incident did not occur at one of their ATMs, as was suggested by some viral forwarded messages.

Tinsukia district Superintendent of Police by the name of Mugdhajyoti Mahanta tells The Hindu the maintenance company had called its engineer from Kolkata to fix the ATM.

“When the engineer and other officials opened the ATM on June 11, they found destroyed notes and also found a dead mouse inside the ATM,” The Hindu quotes Mr Mahanta as saying. 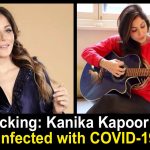 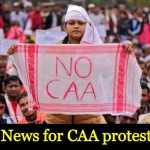