India is the land which gave birth to many brilliant brains, who served not just India but the whole human race across the globe. Without a shadow of a doubt, India needs such young brains, who are potentially strong enough to cruise the young generation to the future.

Once Albert Einstein said that everyone should feel indebted to the Indians for they taught us counting beyond 9, as India discovered 0 (zero). In fact, even computers run on binary numbers- 0 and 1. Needless to say, the world wouldn’t have computers or smartphones, had zero not be dugout.

India was rich in science and technology thousands of years ago. Even in modern times, Indians are holding higher posts at most of the global companies. Chief Executive Officers (CEOs) of Google, Microsoft etc. are some examples.

In yet another proud moment for Indians, Samsung Research Division announced Gujarat-born Pranav Mistry as the president and CEO of STAR Labs (Samsung Technology And Advanced Research), owned by the South Korean tech giant Samsung Electronics.

Pranav Mistry is breaking the internet for his unmatched entrepreneurship skills. His ambition is quite clear and he wants his company to grow at a rapid pace under his leadership. This would be quite fair to say that he is indeed a gem for our nation. In fact, many think he is the one who can fill the shoes of Musk or Zuckerberg in the times to come.

He was born on May 14th, 1981, in Palanpur, Gujarat. Pranav Mistry shot to fame for developing ‘Sixth Sense’ gesture-controlled wearable computer after which he joined the global tech firm Samsung in 2012, as the Director of Research.

Not many people know that he is one of the masterminds behind creating Samsung’s first Galaxy Gear smartwatch. His striking innovations earned him many accolades to his resume. He was awarded the Young Global Leader in the year 2013.

In 2017, he became the Vice President at Samsung Electronics. His notable contribution to the tech firm has never been in doubt. His work history includes big names like Microsoft, Google, NASA among others.

It is indeed a proud moment for all of us as Pranav Mistry has now joined the group of Indians leading global tech companies. Sundar Pichai, Satya Nadella, Shantanu Narayen are some of the big names in this list. 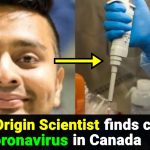 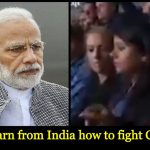