As per Times Of India report. an islamic ‘Peer Baba’ named Gulzar Ahmad, who was preaching about muslim religion and religious practices as a ‘Molvi’, since the last 18 years in the Khansahib area of Budgam district in Jammu and Kashmir, was found to be involved in more than 500 cases of rape, sexual harassment and molestation of young girls and women, who used to come to study, in his ‘Madarasa’.

When a team of Jammu and Kashmir Police led by DSP Bashir Ahmad, raided this 42 years old Molvi’s Madarasa or ‘Darul-Uloom’, which has a religious school along with a hostel, they found capsules and tablets used to enhance sexual capabilities. They also found CDs and DVDs containing objectionable and pornographic material, inside the Madarasa campus. The Godman used to trick innocent girls and young women, in the name of religion.

The team comprising of both policemen and policewomen, conducted a thorough search in each and every room, of each building inside the school compound, and gathered many such evidences of his crimes against women. They found a ‘bedroom’ inside the school, wherein the Molvi used to take the girls, and used to commit sexual atrocities on them. It was similar to the ‘Gufa’ cave found in the now jailed Gurmeet Ram Rahim’s ‘Dera Sachcha Sauda’.

The walls of this bedroom called ‘Hujra-i-Pak’, were found to be decorated with nude pictures of girls and women, as posters. He used to tell the girls that he will ‘purify’ them, or make them ‘Pak’, so that they become ‘Noor’ and escape the fire of ‘Jahannum’ or hell. Gulzar used to selectively quote verses of holy islamic book of Quran, to lure the girls into having sex with him.

His associates Abdul Gani Ganaie, Bashir Ahmed Mir and a female employee Shakeela Bano, used to help him by taking the girls inside his room. Medical examination of one of his victims, who was from Pampore district, confirmed sexual assault on her, by the Molvi. This will be used by Police, as an evidence against him in the court. The Youth believes that such ‘fake’ Godmen must be severely punished.

Disclaimer: A report in The Times Of India mentions that 200 girls have been raped by him, but some other popular news websites claim that the number is indeed 500. The Youth is unable to verify the exact number of victims.

For the unversed, Maulana Anjum Rizvi earlier said that men cannot satisfy their lust with just one woman while adding that he needs 3-4 women for pleasure.

Maulana preachers are spreading awareness in Muslim gathering that wives should whole-heartedly support their husbands in marrying multiple women as they feel it is a matter of faith.

It may look strange to all of us but it should be noted that the traditional Sunni and Shia Islamic marital jurisprudence permits Muslim men to be married to multiple women. It is a common practice known as polygyny and polygamy. Yes, even up to four any one time.

Maulana Anjum Rizvi has made a very controversial remark against Muslim women.”Women should support their husbands in marrying 3-4 other women”, he said. He goes on saying that today’s women are of cheap mentality”.

Maulana Sahab should be ashamed of his cheap mindset. “Maulana added another spark to his speech, saying “the sexual lust of men can not be quenched by just one woman, therefore wife should allow her husband to get more women for sexual cause”.

It is surprising to see that people present at the event had cheered his stupid comments, which indicates they gave a thumb’s up to his view. Needless to say, such opinion should not be cheered, rather be criticised. 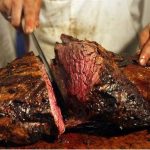 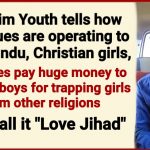