Uttar Pradesh man, who had taken over 20 children hostage, has been killed by police. Twenty-three children were successfully rescued late on Thursday night after police shot him dead.

The wife of the accused was dragged out by locals and brutally beaten up by locals as she tried to escape. As per IG Kanpur Mohit Agarwal, the woman was rushed to a hospital as she suffered severe injuries but succumbed to her injuries.

“The woman has succumbed to injuries, we are waiting for the post-mortem report, further details on cause of death will only come out after the report,” IG Kanpur Range Mohit Agarwal said. She was immediately admitted to a local hospital in critical condition.

The incident took place at Kasaria village in the afternoon when children were held captive by a murder accused. The accused was identified as Subhash Batham, who invited the children to his daughter’s birthday party at Kasaria village in the afternoon and locked them up. The hostage crisis started at about 5:45 pm on January 30 and continued for about eight hours. “The accused was killed and there were about 23 children who were rescued safely,” Additional Chief Secretary (Home) Awanish Awasthi told reporters.

He said the accused, identified as Subhash Batham, had initially released a six-month-old girl by handing her over to his neighbour from a balcony.

Eyewitnesses said a restive crowd gathered outside the house where the children were held captive. The crowd broke open the door of the house to rescue the children, they said.

When the accused opened fire on police, the cops killed him in retaliation. A man and two policemen were also injured in the firing. The motive of the accused could not be ascertained.

After the successful rescue of the 23 children by UP police, Home Minister Amit Shah congratulated Chief Minister Yogi Adityanath and UP police for their prompt action. 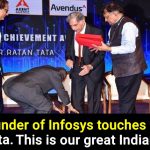