In a strange turn of events, photos and video of an MG Hector covered in posters mentioning that the vehicle is a “Donkey Vehicle, Its a Donkey Thing” is being circulated widely on social media. The video was first shared on the YouTube platform by Arun Panwar’s channel.

According to the video, Hector owner in Rajasthan ran through an issue with the clutch of the SUV. The owner added that the dealership did not assist him in solving the whole problem and then behaved rudely with him.

The car owner then made up his mind make his Hector get pulled by a donkey right in front of the dealership. Soon after this, he drew attention news reports from Zee TV – to whom he is explaining clearly what had happened.

The issue was brought to the notice of MG India by a member of Hemkant Jain of MG Hector Club India- a Facebook group. To this MG India responded.

MG Hector was launched back in June 2019 and it has by far sold over 13,000 Hector SUVs. In spite of this, the company is now sitting on an order book of more than 30,000 units. In the latest development, MG India revealed the ZS electric SUV, which will launch in Jan 2020.

Next year, the company has some major plans to launch Hector BS6 variant including the Hector 6 seater premium version. By end 2020, the company will launch yet another SUV which is comparatively bigger than the Hector. 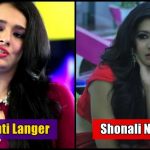 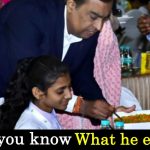