Father sold his house only to buy his son a rifle and the son did his father proud by winning international medals for India. Guess who? This is the story of Gagan Narang, who is an Indian professional shooter by trait.

He was the first Indian to qualify for the 2012 London Olympics, where he won the bronze medal in the Men’s 10-metre Air Rifle event. He was born on May 6, 1983, Narang also bagged an air rifle gold medal at the 2006 World Cup and showcased his prowess by repeating his winning formula again in April 2010.

In 2008, Narang edged past Austrian shooter Thomas Farnik’s record for maximum points to his name. He then added four gold medals to the Indian tally at the 2010 Delhi Commonwealth Games where he shot a scintillating 600 to set a new points record. Narang was conferred the Padma Shri in the year 2010 and the Rajiv Gandhi Khel Ratna award in the same year.

For 20 years, Gagan Narang said, his family stayed on rent. Elaborating further spoke about the 20-year-old episode, Gagan Narang explained that his father sold his house not because he knew his son would win medals for India but because he came home crying.

Gagan Narang’s Instagram post read: “Twenty years ago this man standing next to me sold his house to buy a rifle for me, not because he knew I would go on to win medals for the country one day. But it was when I came back home crying from the shooting range because the owner of the gun I was using sold it to another shooter.”

“We stayed on rent for 20 years,” Narang added.

He himself confessed that he didn’t have any clue how far he would go in the sport.

“He didn’t know how far I would go in the sport back then or that I would shoot a world record, be world number 1 and go on to win an Olympic medal for India. He did what a father needed to do to bring a smile on his son’s face,” Gagan Narang said. 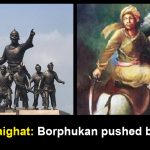 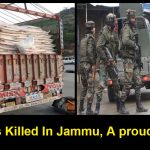