One of the most wanted underworld don Ejaz Lakdawala has been nabbed by the Muslim Police. Notorious fugitive Lakdawala has been a member of both the Dawood Ibrahim and Chhota Rajan gangs for long years. Eventually, the 50-year-old Lakdawala, who is wanted by Mumbai police for over 25 serious offenses, has been apprehended in Patna, Bihar after his daughter informed the police of his location.

The Anti Extortion Cell (AEC) of the Mumbai Police Crime Branch arrested Gangster Lakdawala, who had been on the run for over two decades, in Patna after verifying information with the local police and took him to Mumbai on Wednesday night, said Mumbai Police Commissioner Sanjay Barve. “We brought him to Mumbai to verify his identity and booked him at 10.30 pm,” Barve said. He was produced in court on Thursday and remanded to police custody till January 21.

“Lakdawala worked for underworld don Dawood Ibrahim under Chhota Rajan before forming his own gang about 10 years ago,” he said, adding that he lived in Malaysia, United States, Nepal, among other countries over the past one decade.

Lakdawala is now being interrogated by police. The Dawood Ibrahim gang shattered after 1993 blasts in Mumbai and Lakdawala then began to work with Chhota Rajan. It has been noted that he was living in Canada with a fake identity. His daughter Sonia was arrested last month from the Mumbai Airport when “she was trying to escape the country with the help of a passport acquired through fake documents,” according to police. 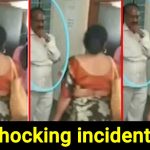