In shocking news, CM Uddhav Thackeray’s driver had apparently threatened the family of the 17-year-old girl who was allegedly molested by Maharashtra police DIG Nishikant according to Times Now.

It has been learnt that the family was waiting for court proceedings in the officer’s anticipatory bail hearing which was just about to start.

A man claiming to be Chief Minister Uddhav Thackeray’s driver had warned them, on the court premises. He ordered them ‘to remain quiet’.

The girl’s father said, A man clad in white came up to us and said, ‘I am Uddhav Thackeray, the chief minister’s driver, thoda shaant rehne ka.’

Following the shocking incident, the family submitted a written complaint at Taloja police station adding that they were threatened by a man. 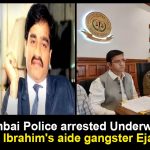 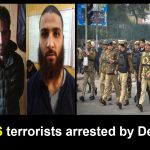