Amidst the ongoing rape case issue in Hyderabad, the real face of the AAP party has come out. AAP MLA Ramesh Bhardwaj has been accused of raping an AAP activist woman.

Aam Aadmi Party (AAP) needs to clean its carpet first as one of its MLA identified as Ramesh Bhardwaj who had sexually harassed victim several times. He was arrested but later he was granted bail. Hearing this, the AAP activist allegedly committed suicide. She consumed poison at her residence died during treatment at Delhi’s LNJP Hospital.

She had gone into depression after she was allegedly molested. It is believed that Kejriwal was aware of the harassment she was going through. The victim had lodged a complaint against Bhardwaj for allegedly touching her inappropriately and a case of molestation was registered in June. The accused was arrested from Haryana but later he got bail.

Further, she was asked to compromise. She was told, “You should stop loving your body so much and compromise, and unless you do that you will not rise in the party”. When she refused to compromise, the accused threatened her to abduct her daughters. She alleged that the activist’s two daughters stopped going to school because their admission had been blocked by AAP.

Since the AAP party came into existence, they always make controversy for some or the other reason.  However, now party workers are resigning from the AAP party after realizing that the party is not concerned about women’s safety. The AAP party should look within itself before making any statement over others. 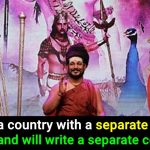 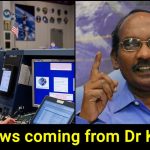