A picture of a temple is increasingly going viral is on social media with the claim that the Ratneshwar temple near Manikarnika Ghat, Varanasi, leans by 9 degrees, which is 5 degrees more than the leaning tower of Pisa.

The Logical Indian received a request to verify the claims. The claim has been made that Ratneshwar temple leans at an angle higher than the Leaning Tower of Pisa.

The claim is true.

The Ratneshwar Mahadev Temple is situated at Manikarnika Ghat, Varanasi. The temple has developed a nine-degree slant. It is also referred to as Kashi Karvat (Kashi is the ancient name for Varanasi and karvat means leaning in Hindi).

A Times Now report said that one of the beliefs held regarding the temple is that the ‘ghat’ had collapsed and leaned backwards after not being able to withstand its weight. The temple supposedly stood straight before the 1860s.

An Indian Travel Photography Blog, Kevin Standage, stated that the temple is famous for having a tilt of about nine degrees.

Here are few images from the blog which shows the temple from varied angles:

The world-famous monument in Italy, Leaning Tower Of Pisa or the Torre Pendente di Pisa was built back in 1173. Soon after it was built, the ground under one side started to sink under the weight of the stones and the structure started declining.

As per the latest update, the tower leans at 3.99 degrees owing to extensive work done to straighten the tower. Therefore, it is true that the Leaning Tower of Pisa leans about 4 degrees, less than Ratneshwar Temple which leans at over 9 degrees. 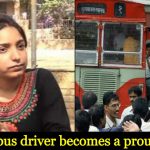 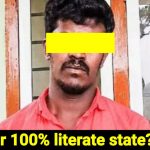