Karnataka’s newly appointed chief minister HD Kumaraswamy’s decision to give the higher education ministry to his party’s MLA G T Devegowda, who has studied only till class 8th, is being widely criticized. When asked about the same, the CM replied, “What have I studied? I’m working as the chief minister”. According to sources, even G T Devegowda is being said to be unhappy about the decision.

Though the reason for his unhappiness is said to be that of not getting an important ministry, as he had defeated the former CM Siddaramaiah on Chamundeshwari assembly seat in Mysuru in the recently held elections. Kumaraswamy, a B. Sc. degree holder himself, defended his decision, while responding to a query by the press. He said, “Some people will have wish to work in certain departments, but in every department there is opportunity to work efficiently.”

He added, “We have to work efficiently. Is there a better department than higher education and minor irrigation to work? There will be demand for certain ministries, but certain decisions are made internally in the party.” He reportedly said that it is usual for someone becoming a minister, to desire of getting a particular ministry. He was asked about his statement of being ‘obliged’ to the Congress and not the people.

This statement of his, was alleged to be insulting to the people of Karnataka. However, he defended it in this press conference held in Bengaluru, by saying, “What I meant was, so long as they (Congress) support me I can continue. So, whatever programmes we have to pursue, I will be at the mercy of Congress.” Apart from being the CM, Kumaraswamy has the finance and the energy departments, while G Parameshwara of Congress is deputy CM and home minister.

A total of 25 new ministers were appointed by the CM Kumaraswamy on June 6th, which included MLAs from his party JD(S), Congress, BSP, and the KPJP. People on social media are questioning media’s silence on a lesser educated politician being made the higher education minister, reminding how Smriti Irani was ‘hounded’ after she was made the HRD minister in the Modi government. The Youth believes that this is blatant hypocrisy by mainstream media. 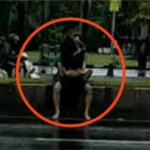 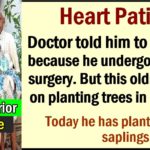