The internet fraternity delighted to see images of Trevor Mallard, speaker of New Zealand’s parliament, cradling a lawmaker’s baby as he took over a debate in the House of Representatives. With a touching caption, Trevor Mallard posted images of himself on the Chair with Tamati Coffey’s baby.

In one of the images, Trevor Mallard is also seen feeding milk to the baby from a bottle. “Normally the Speaker’s chair is only used by Presiding Officers but today a VIP took the chair with me. Congratulations @tamaticoffey and Tim on the newest member of your family,” Trevor Mallard wrote in his caption.

As reported by BBC, Tamati Coffey, on Wednesday marked his presence for a debate in the Parliament with his baby for the very first time after returning from paternity leave.

Trevor Mallard’s post spread like wildfire in no time as it garnered over 1300 likes and was also retweeted as well. “This is something wonderful that is just a pleasure to see happening in our parliament,” a user wrote. “That is so awesome to see,” another said how cute is the baby.

Tamati Coffey is MP for Waiariki. He announced the birth of his son Tutanekai Smith-Coffey in July. The baby was born through a surrogate mother, BBC reports, adding that Tutanekai is the biological son of Tamati Coffey’s partner Tim Smith. 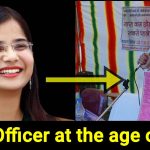