India has been doing incredibly well across all sports. Well, stats don’t lie! The medal count has increased to a greater extent as athletes are chipping in with medals to make the country proud.

When it comes to Badminton, we talk about Saina Nehwal, PV Sindhu, Kidambi Srikanth, Parupalli Kashyap and others but let’s not forget the young talents who are in the fray to make the country proud.

India’s rising badminton talent, Lakhsya Sen shot into prominence as he went on to win the gold medal in men’s singles competition at the Badminton Asia Junior Championships in Jakarta. The 18-year old trounced the top seed and the World No. 1 Kunlavut Vitidsarn in back to back games 21-19, 21-18 to clinch the top honour at the event.

Sen now joins Gautam Thakkar and PV Sindhu to become the third shuttler to clinch the junior Asian championship. While Sindhu had won the medal in 2012, Thakkar had won the gold medal all the way back in 1965.

Sen successfully defeated the strong competitors on his way to title triumph. The budding shuttler trounced 2nd seed China’s Li Shifeng 21-14, 21-12 in the quarterfinal, and then had to beat 4th seed Ikhshan Leonardo Imanuel Rumbay 21-7, 21-14 to reach the final. Sen, who is a former world No. 1, had won a bronze at the same event. He had lost to China’s Sun Feixiang 21-12 21-16 in Bangkok in the semifinals. 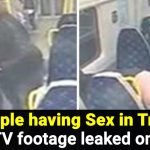 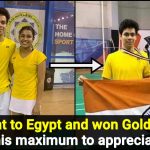