Avinash Sable scripted a new success story for himself in India’s history books as he became the first Indian since the 1952 Games, to qualify for the Olympics in the men’s 3,000 metres Steeplechase event.

The happy man owes his achievement to the Athletics Federation of India for their instant appeal to the World body after he was obstructed two times during the heats that had earlier put him out of contention for the finals.

In an exclusive chat from Doha, Avinash told Republic TV: “I owe it to the AFI. They helped me a lot. It’s because of them that I have managed to qualify for the Tokyo Olympics. They had lodged an appeal in time after I lost place and timings in the heats due to obstruction and disturbance by other athletes. I am very happy now that I have qualified. That was the idea and target.

So after the infringement, I lost precious time & position and could not finish in the bracket that qualified me for the finals. After a successful appeal, I could participate again and I got a chance again. So this time I had to get that required qualification target (timing). And I achieved that thanks to AFI.” said Sable

Avinash showcased sheer class in the event as he came up with a sensational 8.21:37 metres and also managed to get the perfect Olympic qualification timing of 8:22 mins. In fact, he is also the only Indian to qualify for Olympics in 3,000 metres Steeplechase and the last man ever to have qualified was Gulzara Singh Mann who finished 12th in the finals with a timing of 9:48:60 mins at the Helsinki Games in 1952.

Long and middle distance coach by the name of Amriesh Kumar said in a video chat: “Had he not been disturbed twice, he would have come in the top six and qualified for the Olympics in the Heats only.”

“Our training was very good and our target was 8:20 mins and to get into the top six in heats. So its a matter of pride that he made history. So it’s not impossible to reach the Olympics. We have done it & we will continue to do so in future.”

In yet another good news for Avinash, soon after he qualified for Tokyo Olympics, his name has been included in the Sports Authority of India’s TOP scheme under Sports Ministry initiative. Let’s take a moment to appreciate Avinash for his achievement. The Youth wishes Avinash good luck for his future endeavours.

(With inputs from Republic TV) 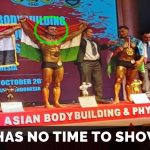 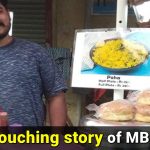