From having a limited number of options in the handheld device to an advanced crafty piece of the prototype with lofty standards of modern technology, the smartphone has been the most sought-after device in the modern world which almost every human on earth owns. It is designed and built in such a way that it is portable for the users.

The word ‘Expensive’ has a rich meaning to it. When you are looking for a quality, smart built-in phone, every possible feature that the phone possesses meaty volumes. Gone are the days, when people used a button interface to perform the basic functions to access their phones.

But now, the touchscreen has come to change the trend set. This goes to show how the technology has attained its vast growth exponentially with increase in years. Quite frequently, there is a lot of demand for the smartphone that chips in with advanced features.

LG premium smartphone has been launched in 2 different colour variants one is black and the other one is white. Those who purchase this phone will be getting a Bang & Olufsen (B&O) Beoplay H9i headphones for free. The company will make just 300 phones and will start selling it from 13th August after taking pre-orders from July 30th. 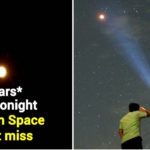