Let’s take a moment to congratulate Manu Bhaker and Saurabh Chaudhary for putting on a candid show on the court as they both staged a remarkable comeback to win a gold medal for India in the mixed 10m air pistol event at the World Cup.

In the same event, the other two athletes Yashaswini Deswal and Abhishek Verma settled for silver. India bagged the maximum possible medals on the final day of the tournament.

Meanwhile, World No.1 in Women’s 10m air rifle, Apurvi Chandela, had previously partnered with Deepak Kumar to clinch India their fourth gold on the concluding day of the event.

The pair clinched the top medal in the mixed air rifle event.

Anjum Moudgil and Divyansh Singh Panwar, representing India settled for bronze as India continued to reach the peak in rifle and pistol shooting.

The pair had earlier won 2 World Cup editions at the same event. Manu Bhaker and Saurabh Chaudhary got the better of Yashaswini Singh Deswal and Abhishek Verma 17-15 in the air pistol final in a thrilling contest.

Manu Bhaker and Saurabh Chaudhary were at several stages of the final down 3-9, then 7-13 and then finally 9-15 before finally clinching the next four duels straight to stage a remarkable come-from-behind victory. The pair have now won each of the 4 ISSF Mixed Team Air Pistol World Cup golds this year

The winning pair had previously shot 394 out of 400 in round two of qualification to top the eight-team round including a magnificent 100 each in the final 10-shot series. 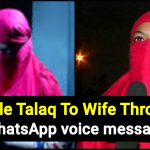 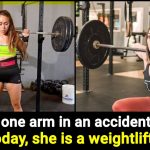