Of course, for various reasons I was also brought up with less respect for the country. If one asks why then it requires me to write pages after pages. The reasons are mostly absurd and unpleasantly paradoxical.  This is a strange characteristic of India which we hardly find in any other countries in the world. Here those intellectuals are applauded and awarded who speak against the country, against the culture.

Well, from an early young age, my mind had gathered a good amount of misinformation about the country which I realized not very late.  Thank God, that all didn’t get tenaciously ossified which would have been very difficult later if I had to cleanse myself of or unlearn whole over again what I could have learned from various biased sources. Please kindly note, those biased sources are still held as credible. Here the wrong HISTORY is taught to the children with impunity. And, if ever any sane voice is raised against the biased academia then it is criticized as a vile attempt to distort the established history or as a show of insane chauvinism. You will be totally disgraced.  Therefore, many prefer to “keep quiet”.

Till a decade ago the computation of “Pi” was ascribed to a renowned German mathematician Gottfried Leibniz which was in fact wrong. What if an Indian research scholar would have become adamant by saying that “Pi” was first computed by Madhava instead of Leibniz? It would be like stirring up a hornet’s nest in India, if not in the West.  Then Dr. Srinvastava, Prof. Mehta, Dr. Mukherjee and others would have lampooned the researcher, the next day the uproar of “condemnation” would have come from the media – so much so that he might have run the risk of losing all your academic carrier and position.

Incidentally, there in the west emerged a number of scholars like Marcus du Sautoy, the former President of the Mathematical Association, and others, who battled hard to establish that “Pi” was first mathematically calculated by Madhava of India in the 14th century, almost about three centuries earlier than by the German mathematician Leibniz. Very recently only the fact has been officially established and now known to be “Madhava–Leibniz series”. This bold step cannot be taken by any Indians within the country. Because other Indian scholars would be foaming at the mouth. Discrediting the West is quite like a blasphemy. Here people can proudly discredit their own country for which they usually find good support.  That is why they disrespect their languages, they often take delight in disrespecting their heritage, and they can snobbishly distrust their native values. I’m afraid, here in India, distrusting the nation’s glories requires no logic and trusting the foreign requires no validity!

Therefore, I must salute a few of the world-renowned westerners who awakened me. Those dispassionate scholars who flashed their spotlight towards India for “knowledge”. That flashlight was to dispel what I call it as my “delusion”. It was in fact destined to change my perspective to look at the country. One of the foremost among them to change my mind was an opinion/quote by Robert Julius Oppenheimer (father of atomic bomb) which I had come upon in a world-acclaimed book “The Tao of Physics” by a renowned American physicist Fritjof Capra.  This atomic scientist, who learnt Sanskrit around 1933 to go deeper into the ancient text of India, explodes — “What we find in Modern Physics is an exemplification, an encouragement and a refinement of old Indian wisdom”. Though it appeared quite ridiculous to me, I could not dismiss it. Rather, this bold opinion triggered my intellectual nerve. Of course, for a couple of months, I remained sceptical of the views expressed by nuclear scientists. I persistently “reasoned” that a scientist does not utter a single word unless he/she evaluates the fact with the mathematical algorithms. In the meanwhile, I had overheard the roar from the father of Quantum Mechanic – Erwin Schrödinger, best known for his “Schrödinger Equation” — only one equation in the vast studies of Quantum Mechanic. That “roar” was in agreement with what my inner intuition vaguely held after reading the ancient text.  Of course, it did not take me very long to figure out what so marvelled Schrödinger, and also other modern physicists like David Bohm and the Nobel laureate Brian David Josephson about India’s literature of wisdom.

The very fundamental essence of the Vedanta that — “apparent multiplicity is an illusion and everything in the universe is from ONE WHOLE” was thoughtfully paraphrased by Schrödinger. The grand notion of the East that ‘MAKER AND THE MADE’ touched the heart of inquisitive Schrödinger.  Indeed, after the in-depth research, observation and experimentation of probably no less than a decade, Schrödinger remarked: “The UNITY and CONTINUITY of Vedanta are reflected in the unity and continuity of “wave mechanics”. The incredible doctrine that “All in ONE” of Upanishads perfectly dovetailed with the new experimentation of the matter or “particle” and its subtle “wave function”.

That’s why we have infinite species of flowers amazingly blooming in uncanny colours and fragrances at the same time in multiple Earth-like planets; we see endless verities of trees bearing fruits with amazing flavours and tastes; all celestial stars are rotating and revolving with perfect precision. Even one CELL/ATOM of an object is subtly as complex as a factory. Just imagine how many cells in the trillions and trillion of objects in the cosmic ocean? What is most intriguing is that everything is in perfect order, perfect harmony and at peace. Therefore, how could that be possible to “separate” the Divine from His boundless creations which are inherently divine themselves! So, the Vedantic proclamation that “Creator and Creation are ONE” makes much more sense to Schrödinger, Eugene Wigner, Archibald Wheeler and the likes.

Sensing the grand meaning Schrödinger exclaimed in his masterpiece “My view of the World” : “In all world, there is no kind of framework within which we can find “consciousness in the plural”; this is simply something we construct because of the temporal plurality of individuals, but it is a false construction…. The only solution to this conflict in so far as any is available to us at all lies in the ancient wisdom of the Upanishads.” If we deeply ponder over this small quote by Schrödinger, it should totally put our ripple of misgiving, and tenacious prejudices against India to rest.

It’s worthwhile to mention here that “The Unity and unified theory of Upanishads” was introduced to this great modern scientist by the front-ranking thinker of Germany – Arthur Schopenhauer.  Albert Einstein always held Schopenhauer as one of his masters whose portrait he had decorated his study room with.

Finally, I salute a very brilliant American historian Will Durant who, after serious studies of the history and philosophy of the East and the West, concluded: “India was the motherland of our “race”, and Sanskrit the mother of European languages. She was the Mother of our philosophy, of our mathematics, of the ideals embodied in Christianity, of self-government and democracy. Mother India is in many ways the Mother of us all.”  Will Durant authored a world-acclaimed series ‘Story of Civilization’ in 11 volumes.

But what is so weird is that this Mother Indian has given birth to some of the “children” who consider themselves totally orphaned unless they follow and adopt the West and find fault with the East! 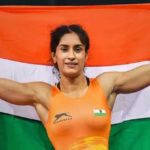 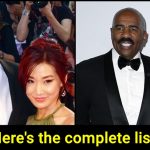