After taking the first set 21-12, Sourabh was shoddy in his approach in the set as Chinese Sun equalled the match at set apiece, taking the second set 21-17. But the Indian made a rebound in the third to take the set 21-14 and success followed him around like a shadow.

Sourabh Verma had previously pulled off a spectacular win at Hyderabad Open and Slovenian International this year. It was a third career meeting between Sourabh and Sun. The duo has faced off two times this year at Canada and Hyderabad with the Indian coming through with flying colours on both the occasions.

Sourabh Verma hogged the limelight for winning Rs.51 lakh Russian Open in 2018. Sourabh might have lost the first set but he didn’t give up that easily. He had a lot of catching up to do and so, he fought back and came from behind to clinch the men’s singles event and lifted Russian Open Badminton trophy at Vladivostok.

The 26-year-old shuttler defeated Japan’s Koki Watanabe, 18-21, 21-12, 21-17, and won his first title of the season. Sourabh had previously won the Chinese Taipei Masters in 2016 and finished runners-up at Bitburger Open the same year.

(With Inputs From PTI) 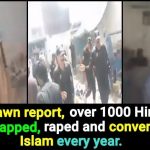