A couple of days ago, a certain section of international media claimed that over 10,000 nationals had held protests in Srinagar contradicting the government’s decision to scrap article 370.

The central government had earlier declared that the reports of the protest were only fabricated and there were only stray incidents consisting not more than 20 persons at a time.

In a strange turn of events, there were also reports run by Al-Jazeera and BBC claiming that the Indian Army resorted to violence and has been firing at protestors in J&K. The reports and widespread speculations were subsequently picked up by several Indian and international channels.

However, the government of India called these reports fabricated. The government has also taken strong objection to such footage being run by media channels outlets.

According to a report published in the Economic Times, the government of India, for verification purpose has asked both Al-Jazeera and BBC to produce the complete footage of the incidents they claimed happened in Jammu and Kashmir. The government has also asked the channels whether they have any strong evidence to justify their claims were real.

According to a report in ET, the I and B Ministry, the Home Ministry and the Intelligence Bureau are keeping an eye over the national and international media reportage over Jammu and Kashmir. So far, as many as 4 videos and 7 reports have been termed as ‘misleading’.

Meanwhile, the Home Ministry officials stated that they are desperately waiting for a response from the foreign media outlets but so far, they have not received any raw footage or any proof to justify the veracity of the videos.

The ET report quoting Home Ministry officials also added that the MEA officials have been notified to ensure that unverified footage from J&K does not get uploaded by any foreign media outlets.

The videos claiming that around 10,000 protestors carried out the protests and Indian security forces fired bullets on them has been forcefully refuted by the authorities.

J and K chief secretary BVR Subramaniam mentioned that only stray protests with not more than 20 people have happened in Srinagar and Baramulla. He then went on to confirm that not even a single bullet was fired in the last week.

Home Ministry officials have reportedly come to know that the video claiming the protests, riot and violence by security forces was first uploaded by Al-Jazeera then was picked up by BBC. 3 hours later, it was then broadcasted by all regional channels of BBC.

It is well known that BBC has been known for its biased coverage over the Kashmir issue. Previously in March, following the Pulwama attack and India’s retaliatory strike, BBC media was exposed for selectively airing only about anti-India opinions in their Kashmir segment. 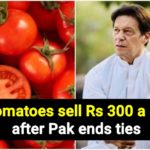 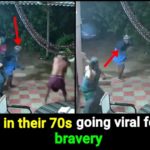