In shocking news, a madrasa teacher has been arrested for allegedly raping a 12-year-old girl in Kheri Kalan village in UP’s Meerut, news agency ANI added in a statement.

In a similar case, a seminary teacher at a madrasa at Awas Vikas Hanspuram was detained for allegedly raping his minor student at Naubasta area of Kanpur on Sunday, the report adds.

The accused was handed over by the police to a local court, after which he was sent to judicial custody. SSP Anant Dev reportedly said that the culprit will be charged under the National Security Act (NSA).

Soon a charge sheet will be registered in the development of the case as the medical report further confirmed that the student was raped. Above all, the cleric’s clothes have been sent for forensic investigation.

In February, a class 8 student was allegedly kidnapped and raped by three youths in Deoria district. The minor girl was kidnapped straight from her residence at night when she was sleeping with her siblings and was later taken to a nearby agriculture field and then raped by the youths, Superintendent of Police (SP) N Kolanchi said.

As per the complaint lodged by the girl’s mother, an FIR was filed against the three youths, the SP said, stressing the fact that two of the three accused were taken into custody. 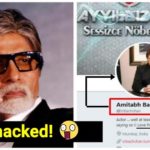 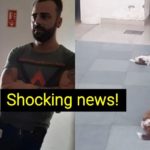