A man was detained and put behind the bars in Ayodhya for raping several cows at a shelter in Ayodhya, Uttar Pradesh. The accused by the name of Rajkumar was caught by the shelter authorities and volunteers at Kartaliya Baba Ashram.

The volunteers were keeping a vigil after monitoring a man sexually abusing cows in the CCTV footage. The accused was caught red-handed in the scene after he went back to the shelter and attempted to rape cows one more time.

Rajkumar was thrashed by volunteers and was then handed over to police.

The man had been held and booked under sections 376 and 511 of the Indian Penal Code for cruelty against animals, Ayodhya SSP Jogendra Kumar added.

Hailing from Gonda in Nawabganj, Rajkumar claimed that he was highly under the influence of alcohol.

“I was drunk, I don’t know what I did, I only remember that I was beaten by both, people who caught me and the police,” Rajkumar told India Today TV.

As per the reports, 8 men reportedly stole the goat from owner Aslu’s house. Early morning, they tried to sexually assault the goat and got beaten by the villagers.

If sources are to be believed, the accused abducted the pregnant goat to a private spot and brutally raped her. Post that, 5 people escaped from the spot immediately whereas the remaining 3 stayed back. Aslu, the owner tracked the goat down after her scream.

ANI quoted local police officials as saying, “All accused are absconding. Medical of the dead goat will be conducted. An investigation is underway.” Nagina police station in charge (SI), identified as Rajbir Singh told ANI, “One person, Aslu registered a complaint on July 26 that his goat was gang-raped on the night of July 25 by Savakar, Haroon, Jaffar and five others whose identities are yet to be ascertained”.

The Tribune quoted the owner as saying, “They tried to molest her in the courtyard. When I raised alarm, the villagers caught them and thrashed them. Enraged, they came back 8 hours later and took away my goat and raped her”. FIR has been lodged under the respective sections 377 and 429 of IPC as well as relevant sections of Prevention of Cruelty to Animal’s Act. 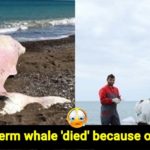