Heartbroken husband and wife were at the burial ground in Uttar Pradesh to bury their baby who passed away minutes after birth. The couple dug a small grave for their baby and they stumbled upon something else inside. In what appeared to be a clay pot, they could hear an infant crying.

It was when the villagers discovered a newborn baby (2-3 days old) which was buried alive, the police confirmed.

The couple quickly summoned to the cemetery on October 10 and then took the newborn to a nearby hospital. Alka Sgarna, the medical superintendent who treated the baby confirmed that the infant had respiratory problems and was quickly put on a ventilator. Alka told CNN that the baby also had an infection and was underweight

“We are looking for her parents, and it is possible that they are involved in it,” police superintendent Abhinandan Singh said at a briefing. “Such an act is difficult without their involvement. We have deployed police teams, even in civil dress, to trace the suspects.”

He promised that authorities “will take strict action against the culprits.”

According to the United Nations report, Indian girl child aged 1-5 years was 75% more likely to die than an Indian boy child. People were only pumped up to see the birth of a boy but when a girl is born, they think of the poor little soul as a burden to them.

Investigating officer by the name of Pradeep Kumar Singh told The Washington Post on Tuesday that he knows of ‘no witnesses’ and added that the cemetery is in a rural area and has no CCTV camera. Authorities have charged the accused with attempted murder and the abandonment of a child.

Overall, 63 million women are “missing” in the country, according to the report, due to sex-selection practices.

Some infant girls, like the one found in the UP cemetery, are abandoned or murdered because of their sex.

It has been more than a week, since the baby girl was discovered, Singh said, and no one has claimed her. 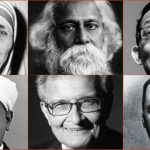