Avalanches, floods, cyclones, earthquakes, volcanic activity, tsunamis are some examples thereof. And man-made disasters are events which are brought about by us humans which take place in or around human settlements majorly caused as a consequence of environmental or technological emergencies. Terror attacks, explosions, road accidents, pollutions are some fine examples.

On December 26, 2004, we saw probably the ugliest face of nature in South Asia when Sumatra Andaman Earthquake, with an epicentre off the coast of Indonesian island Sumatra, registered a magnitude of 9.3. though the tremor lasted for only 10 seconds, devastation caused by the quivering, continued for months. No less than 3,10,000 people lost their lives along the shores of South India, Indonesia and Sri Lanka.

Akin thereto, another disaster swallowed human lives on March 11, 2011 when an earthquake with a magnitude of 9.1 hit off the Pacific coast of Tohoku, Japan. It was the deadliest earthquake ever recorded in the country’s history. The shockwaves gave birth to gigantic tsunami which rose to a height of 40.5 meters. The tsunami further pounded the Fukushima Daiichi Nuclear Power Plant and damaged the cooling system. The damage led to meltdowns at three of six nuclear reactors. The meltdowns caused massive nuclear radiation leaks, compelling 1,60,000 residents to evacuate. Even after 8 years of the catastrophe, people have not yet come home, fearing exposure to radiations may prove to be problematic to their health. This accident is a fine example of both natural and man-made disaster. The loss imposed upon the Japanese government is estimated at $350 billion – which is far more than the entire GDP of Pakistan.

Humans can never prevent Mother Nature from doing her work; they can, nonetheless, manage the system and resources available in a prudent way. Humans can bring down the loss of both lives and property to the minimal if awareness is raised in a systematic manner. And here comes Hari Balaji, a humanitarian and development professional, into the picture.

Well educated Hari Balaji hails from Chennai, Tamil Nadu and has professional experience from 3 continents. After his post-graduation in Switzerland, he was travelling to USA on Sept 11, 2001 when the tragic Twin Tower attack happened. Along with that experience and his exposure to Federal Emergency Management Agency’s response during hurricane Katrina in Louisiana reshaped his outlook towards the disaster management and shifted his career to that field. He returned to India, completed his MBA degree in Hospital and Health Systems Management and dedicated himself for the society. He serves as an independent national consultant and trainer in the field of disaster management and humanitarian response for Government and NGO/INGO projects, educational institutions and organisations.

He gets deployed in pre-disaster phase for strengthening the emergency response system through training, workshops and simulation exercises (mock drills) by coordinating with government agencies and in the post-disaster phase for liaising with District administration and NGOs/INGOs for optimal utilization of available resources to provide relief, recovery and rehabilitation to the disaster-affected population. He prepares plans and guides the authorities on how things available to then ought to be utilized. He has managed an array of projects that included several communities affected by the disaster.

Hari Balaji has emerged as a popular face in the arena of disaster management. Currently deployed in Kerala for revival of shelter and livelihood sector of the marginalised community. The life goal of this living soul is to make India a world leader in the Disaster Management and Humanitarian Response. He wants to ensure that no life is lost in any ugly disaster in future. Hari Balaji believes, this is a doable job and can be made possible if awareness raised in the country. He seeks help of people. If anyone wants to participate in any way, he can be approached easily on his contact number +91 8939037925/ email: [email protected]/ website: www.haribalaji.com 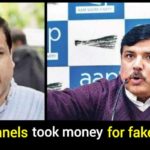 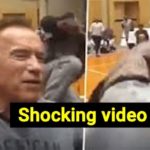