The Indian Army is making the headlines for all the right reasons. They have always been spear-heading its mission to protect the nation and this is why they have maintained the status quo loud and proud. In recent news, the Indian Army has distributed 17,000 solar lights among the residents of un-electrified regions in Jammu and Kashmir’s Doda district.

The Army emphasised that it’s an initiative under ‘Roshni’ (light) project. It’s cognisance of the fact that electricity is the most important parameter and the Army’s mission is to lit up as many as 5,000 homes and mud houses. “The initial aim was to lit up 5,000 homes and ‘dhoks’ (mud-houses),” it said.

“After approaching several NGOs and municipal corporations, a Mumbai-based NGO, ‘Eco Solutions’, headed by Yatendra Aggarwal agreed to be a part of the project in 2016, as their primary aim was to reach out to remote areas in the country and provide lights through solar-based LED lighting systems,” Brigadier Rohit Nautiyal of the Rashtriya Rifles told PTI.

Brigadier Rohit Nautiyal said the implementation of the project has enhanced the standard of living of the rural population in high-altitude remote areas as well as led to a better affinity between the Army and the local population.

“The distribution of solar lights has made a dramatic difference in the lives of many, as it not only provides 6-8 hours of free light, with simple operating and re-charging procedures but has also given them a sense of security during hours of darkness in remote areas and enabling children to pursue their studies in a hassle-free manner,” the officer said.

Sarmeena Bano, a Class 12 student of village Bagran Tanta couldn’t have asked for a better gift in her life as the solar lights made a huge difference in household thereby helping the students to read comfortably under lights instead of a keroscene lamp.

“This is the best gift I had ever got in my life. The solar lights definitely brought a lot of change in our household,” she said. 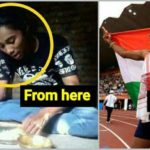