There is no hiding to the fact that our country’s independence was hard fought. When Britishers ruled over our lands for such a long time, they treated us harshly. At the need of the hour, our freedom fighters were ready to give absolutely everything for India, even if it means sacrificing their own lives.

With so much love and affection for the people and the country, our heroes stood up and fought against the British. So many freedom fighters worked beyond the call of duty to contribute to the nation. Some even worked behind the scenes but sadly, these heroes are forgotten by us. They were not shown in History books.

Freedom fighters fought equally hard but never had any intention to get famous because they never cared about themselves and all they cared was seeing an independent India. But as Indian citizens, we should praise our heroes.

One of the freedom fighters who truly cared for the nation was Kanneganti Hanumanthu. He was a brave son of India and he participated in protests against paying taxes for British. He played an important role in the freedom struggle and gained a great deal of recognition, honour and respect for leading the Palnadu Rebellion against tax.

He was arrested several times for his work also, but he never gave up.

Kaneganti Hanumanthu was one of the greatest freedom fighters who fought against British Rule and led the Palnadu Rebellion against tax.

The local peasant leader was born in Minchalapadu in the Durgi Mandal, Palnadu in Guntur district, Andhra Pradesh. He was very much particular about refusing to pay British taxes and also took part in a revolt over the issue.

He was martyred while opposing British police forces at the age of 30. He was executed by the British General Rutherford.

Translating it to English: “Have you ever irrigated the land, or plant a seed in your life? Ever harvested or trashed a field? Why would I pay you any tax for what is mine?” 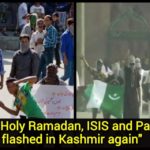 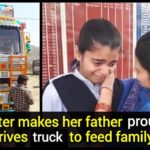