Congress party chief Rahul Gandhi extended an apology to the Supreme Court’ for his “chowkidar chor hai” remark to the court after its Rafale judgement.

Rahul Gandhi lodged a fresh affidavit with an unconditional apology to the SC in contempt of court case against him.

Rahul Gandhi said that he holds the Supreme Court in “highest esteem” and that he has sought closure of contempt proceedings against him.

The affidavit says, “Deponent unconditionally apologises for the wrongful attributions to this Hon’ble Court. The Deponent further states that any such attributions were entirely unintentional, non-willful and inadvertent.”

Previously, Rahul Gandhi filed affidavits expressing that he “regrets” making the said remarks against the Supreme Court. Nonetheless, a Supreme Court bench led by CJI Ranjan Gogoi asked for his apology for misquoting the apex court.

At the previous hearing, Rahul Gandhi’s counsel, Abhishek Manu Singhvi said on behalf of the Congress leader, “I have expressed regret. That is the same as an apology. There cannot be any doubt on my statement.”

Rahul Gandhi who addressed the media a few days ago said he had made a mistake and then apologised to the Supreme Court, but not to PM Modi or the saffron party.

He said that he and Congress will start continuing with chowkidar chor hai campaign against Prime Minister Narendra Modi.

The SC is now hearing the contempt of court case as per the petition filed by BJP MP Meenakshi Lekhi. 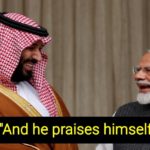 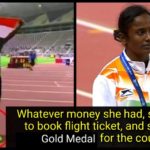