Prime Minister Narendra Modi on Tuesday said the Balakot air strikes have created a fear among the terrorists in Pakistan. Modi addressed an election rally and attacked the ruling Congress-JDS combine in Karnataka saying when the whole world stood with India following the airstrikes, the two parties were in absolute tears.

Greeting first-time voters across the nation, Modi asked them to vote after thinking, to bring a strong government for India.

“You can dedicate your first votes to brave soldiers who laid down their lives for the country, for getting house to a poor, for free healthcare for poor, for getting water to farmers land. Your first vote should go for getting Mudra loan to someone who may be a friend of yours,” he added.

“Only a strong government can take firm decisions for the benefit of the country.”

Referring to how strong government functions, Modi cited Balakot air strike in response to the Pulwama terror strike that claimed the lives of 40 CRPF jawans in Jammu and Kashmir’s Pulwama district on February 14.

“There was a time five years ago when Pakistan’s terrorists used to attack us and Pakistan used to threaten us. Our brave soldiers used to seek permission for action, but the government then sat in fear.”

“This chowkidar (watchman) has changed the situation. Now if there is fear, it is on the other side of the border. People sitting in power there are getting different types of nightmares…terrorists are frightened after Balakot attack,” he said.

He also asked the crowd, “When we attacked Pakistan’s terrorists did you like it or not? Are you happy? Did I do right?” to which it roared in approval.

“When we attacked terrorists it pained Pakistan, but tears could be seen among those in Congress and JD(S),” Modi said. 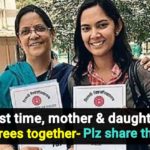 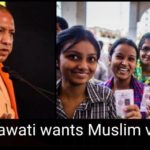