A group of Congress workers on Sunday allegedly thrashed a Hindu Yuva Vahini (HVY) worker in Rae Bareli after the latter allegedly tried stopping them from chanting anti-PM Modi slogans like the ‘Chowkidar Chor Hai’. A video of the incident shows Congress supporters chasing the Hindu Yuva Vahini worker and thrashing him in broad daylight.

The Yuva Vahini worker attacked by the mob is the outfit’s district coordinator Ashish Pathak. The incident reportedly happened on Sunday evening when a group of Congress workers gathered at the city’s civil lines area to welcome AICC General Secretary Priyanka Gandhi Vadra, who was going to cross Rae Bareli while travelling from Lucknow to Prayagraj by road.

Reportedly, Pathak and few other members of the right-wing group arrived the spot in a bid to protest Vadra’s visit. Moments after that clashes broke out between the two groups over the alleged sloganeering against both Vadra and PM Modi.

Pathak told reporters that a fight broke out after he had tried to stop the Congress workers from sloganeering against PM Modi. On the contrary, a few local media reports suggested that the tensions rose after the Hindu Yuva Vahini workers raised slogans against AICC General Secretary Priyanka Gandhi Vadra.

Soon after the clash, Pathak has reportedly registered a complaint with the police regarding the incident and an FIR has been filed against a few Congress workers for allegedly issuing unwanted threats as well as physically assaulting the Hindu Yuva Vahini worker. 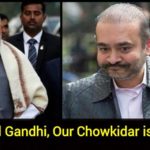 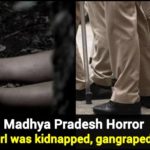