Humans can’t get any worse than this! A 12-year old girl was abducted, gang-raped and killed allegedly by her brothers and uncle in MP’s Sagar district on March 14. Coming across such incidents like these in India is really shocking.

The deceased body was found outside the village on the same day itself. Upon further investigation, police came to the conclusion that she had been choked to death and beheaded in the worst possible way.

The girl’s family started looking for her when she did not return to home yesterday after school hours. Her father also registered a “missing” complaint with the police in the district. The police received a major tip-off after the girl’s uncle alleged that one Chote Patel, who lives in same village, had murdered her. He further told the police, adding that Patel and the family were locked in a land argument.

The girl’s uncle,  who is one of the culprits tried to confuse and mislead the police in the investigation saying that a man in the village with whom the family had a scuffle was behind the crime. Senior police officer Amit Sanghi told NDTV that the postmortem and a medical report disclosed that the girl was raped. Further investigation revealed that it was the girl’s relatives who were involved in the crime.

The girl was allegedly taken by one of her brothers to their uncle’s location when she was returning home after exams at school. After she arrived, the uncle and her two brothers allegedly gang-raped her and when the girl threatened to go to the police station, her aunt allegedly choked to death and then she was beheaded and dumped in the fields, the police officer added in a statement.

“Our two senior officers collected all evidence and recorded the statements of the family members. When everything was pieced together, we found that she was raped and murdered by her brothers and uncle. We arrested the uncle and one of the brothers,” said Mr Sanghi.

He said that blood-stained clothes and the murder weapon (sickle) was also found and the investigation is still going on as the police are on the hunt to trace another brother. 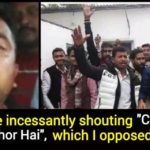 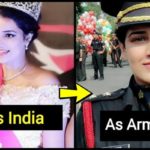