The significant move comes in the wake of heightening tensions between India and Pakistan after the Pulwama terror attack on February 14 wherein 44 CRPF paramilitary troopers were martyred. Pakistan-based terror outfit identified as Jaish-e-Mohammad (JeM) had claimed responsibility of the blast.

Talking to the reporters, Meghwal, Union Minister of State for Water Resources, said that 0.53 million acre-feet of eastern rivers which were previously flowing into Pakistan have been stopped. He said, “0.53 million acre-feet water has been stopped from going to Pakistan and has been stored. Whenever Rajasthan or Punjab needs it, that water can be used for drinking and irrigation purposes.”

The decision by the Centre does not breach the Indus Water Treaty of 1960 as the water has been stopped of the three eastern rivers- Sutlej, Ravi and Beas that India is deserved to use under the treaty.

In the aftermath of dastardly Pulwama attack last month, Union Minister Nitin Gadkari had clarified that India decided to stop the flow of its share of water to Pakistan from rivers under the Indus Water Treaty. According to the treaty, the waters of the western rivers, that is Indus, Jhelum and Chenab, will be used by Pakistan while the eastern rivers such as Sutlej, Ravi and Beas will be used by India.

The share of water from the said eastern rivers is estimated to be around 33 million acres feet (MAF) that originally belongs to India. Nearly 95 per cent of the water is used in the country following the construction of the main dams on the rivers, nearly 5 per cent water or 1.6 MAF has been flowing to Pakistan for the last 60 years.

Last month, Gadkari had tweeted, “Under the leadership of Hon’ble PM Sri @narendramodi ji, Our Govt. has decided to stop our share of water which used to flow to Pakistan. We will divert water from Eastern rivers and supply it to our people in Jammu and Kashmir and Punjab.” 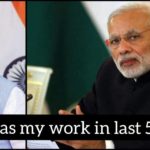 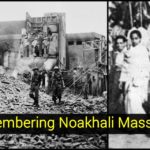